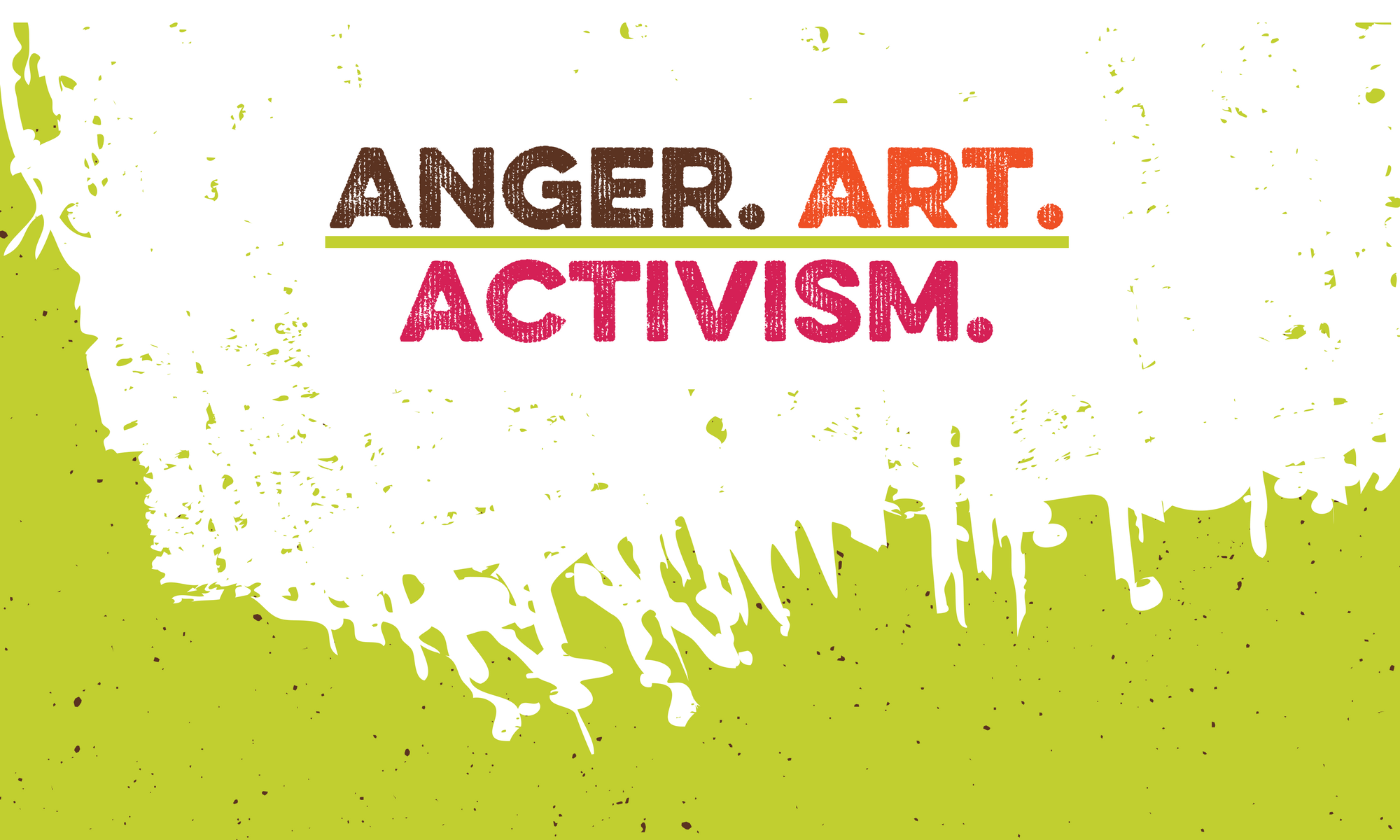 Inspired by the national movement of Bad Hombres and Nasty Women, born in the land of writer/provocateur Holly Hughes, the Seattle chapter of the performance movement Not MY Presidents’ Day brings together performers/artist/activists notoriously well-known in the Seattle Performance community and others coming up who are the artists to watch for in our immediate future.

Inspired by the national movement of Bad Hombres and Nasty Women, born in the land of writer/provocateur Holly Hughes, the Seattle chapter of the performance movement Not MY Presidents’ Day brings together performers/artist/activists notoriously well-known in the Seattle Performance community and others coming up who are the artists to watch for in our immediate future. In reverse alphabetical order, the artists will include vocalist Naomi Wachira, the women of ShatterZone Dance, writer David Schmader, Xolie Morra and the Strange Kind, Lelavision’s sculpture sound dance, Teatro Zinzanni’s Kevin Kent, piano man Victor Janusz, actor/singer/writer Justin Huertas, singer/songwriter Julia Francis and her six year old daughter Charlotte, Randy Ford in his solo dance Queen Street, and provocateur comic Rebecca Davis. Fierce spoken word artist Charhys Bailey, burlesque performer Scandal of Bohemia, and the South American music of Correo Aereo round out the extraordinary roster. Performers will install in the three story historic landmark and audiences will be invited to roam and engage in fortune telling booths, a cash-bar speakeasy, acoustic bathing parlor, sound sculpture installations and more unpredictable stations from 7-8pm. At approximately 8 pm, the SHOW will begin. There will be a twenty minute intermission in the show — snacks will be available and the cash bar will be open. All profits will be donated to the Washington State Chapter of the ACLU.

Naomi Wachira was named the Best Folk Singer in Seattle in 2013 by Seattle Weekly and featured on their cover. Naomi became the toast of the town, which in turn led to a friendship with the much-loved indie songwriter Damien Jurado, who came onboard to produce her new album. The result is Naomi Wachira’s debut full-length, a portrait of a Kenyan artist at home in the Pacific Northwestern United States. When you listen to Naomi’s songs, you’ll hear the lifelong influence of two powerful, groundbreaking female songwriters: Miriam Makeba and Tracy Chapman. Makeba became one of the biggest stars on the continent through her socially aware songwriting, something she shared closely with American songwriter Tracy Chapman.
Chapman was a voice for social change as well, but Naomi loved her positive idealism, a concept that informs all the songs on Naomi’s album. Makeba’s also a personal icon for Naomi, who cites “the way she carried herself, her grace and character,” as influencers. “She was able to maintain her integrity as an African. She didn’t need to change who she was to fit with Western audiences.”

Shatterzone Dance is Leah Mann, Martha Enson and Lynelle Sjoberg “ShatterZone Dance is an attempt to understand the universal survival instincts that we experience when the world brings us, literally, to our knees. In the wake of a blow to the heart, you fly open, time slows, and damage disseminates through you like dye spreading into clear water. You will return here, again and again, while you struggle to stand, to walk forward, to rise up; you will return here and grapple with your shock and your response.” Dancers Enson and Sjoberg are also members of the world renowned Umo Ensemble.

David Schmader is the author of the critically-acclaimed solo plays Letter to Axl, Straight, and A Short-Term Solution to a Long-Term Problem, which he’s performed in Seattle and across the U.S. From 1998-2015, he wrote the week-in-review column “Last Days” for the Seattle newsweekly The Stranger. Like everyone, he’s freaking out over the facts of the present, but he also feels like he’s been waiting his whole life for a chance to fight Hitler. In the meantime, he would be happy to defecate in Trump’s mouth.

Xolie Morra will perform acoustic, and quite possibly solo. Usually found with her band The Strange Kind, Xolie is, “An open book and lends herself as an active and available representative of the Autism community, speaking personally about her life with Asperger’s Syndrome.” As well as being an out and loud member of the LGBTQ/Intersex community to raise awareness about diversity, equality and acceptance of all people. Through grass roots marketing, hard work, dedication, ambition and pure passion for what she does, Xolie has pushed her way past boundaries to inspire other artists with disabilities to do what they love. The band Xolie Morra & The Strange Kind is making a musical presence worldwide. With their appearance on ABC’s Jimmy Kimmel Live, their success has been steadily growing strong. Performing with acts such as Crosby Stills & Nash, John Mayer, & the ladies of the 2010 Lilith Fair, the band has built a relationship with a broadening fan base through the years. http://www.thestrangekind.com/

Lelavision will be performing on the Teetertone, a 15ft-long duo tone slide guitar-like instrument, ridden and played. Leah Mann and Ela Lamblin will “fight the good fight in a knock down, drag out allegorical personification on the ‘scales of justice.’ Lelavision co-founders, Ela Lamblin and Leah Mann, began their collaborative efforts in 1992 in Atlanta, GA, using original kinetic sculpture, live music, and dance simultaneously in performance. In 1996 in Seattle, WA, they founded Lelavision, a professional touring company that has coined and perfected its own genre of performance, Physical Music. They present original performance works that cross all boundaries of appeal: race, education, language, religion, economic background, gender, and age.

Kevin Kent is an actor, drag artist, writer, and one of the co-conceivers of Teatro Zinzanni’s works in Seattle and San Francisco. We have no idea what he is going to do, but anyone who knows his work on stage or in the circus tent would tell you not to miss it.

Vic Janusz. With a background in American theatre, Vic Janusz was offered a nightly 6-month run as a pianist in 1998 by the Seattle Sheraton Towers. He formed a trio and immediately booked venues from the historic Showbox Theatre to The Paramount lobby lounge. His many cabaret hits include the popular “Phoenicia & Vic” shows with Wade Madsen (“Pinkaboo!” enjoyed a month-long run at Seattle’s ACT Theatre in 2008). Vic has accompanied and sung alongside singers as diverse as jazz great Greta Matassa, Sarah Rudinoff, and “El Vez”, among others. One of the Northwest’s most in-demand pianomen — either as frontman or soloist, Janusz has headlined (with the VJ Combo) at CANLIS For six New Years Eve Galas, at the Fairmont Hotel, and –for four years–, each weekend at Seattle’s favorite waterfront landmark: Salty’s On Alki. Victor plays with his bandmates, Medearis MD Dixson, Joey Kline, and Conor Apperson.

Justin Huertas is a theatre actor, playwright, composer, and musician. His original musical Lizard Boy premiered at Seattle Repertory Theatre in 2015 and ran at DIversionary Theatre in San Diego in 2016, earning him awards from Seattle and San Diego for his work writing, composing, and acting in Lizard Boy. Here’s another artist who can be unpredictable in his range as a performer with several wings. He’ll bring his guitar, and after that, anything could happen.

Randy Ford is a member of the Seattle AU dance Collective who are, “Dance artists of color, women artists, and queer artists. We create dance that celebrates the voices and visions of our artistic family. We are realizing the world we want to live in.” Randy has choreographed musicals including Hedwig and the Angry Inch and Legally Blonde: The Musical. Ford also traveled to Ghana where he studied the African dance forms Kpanlago and Pacha. Ford works as a Recreation Leader for Seattle Parks and Recreation where he teaches beginning level dance classes at the South Park Community Center. With the City of Seattle, Ford Also works as a performer and a mentor with the Bearing Witness Project, a performing arts program for LGBTQ teens of color. You can find Ford under the moniker randyBABY11 on Instagram and Youtube. He will be performing a solo called “Queen Street.”

Julia Francis is a Seattle-based singer-songwriter and performing theater artist, “Forever changed for having attended the Women’s March on Washington DC and inspired to share a song that was born as I screamed with a river of voices down Pennsylvania Avenue past a huge hotel bearing the name of the new not-president.” Julia is joined in this song by her 6 year-old daughter Charlotte Godot who will invite the people to join in a new chant.

Rebecca M. Davis has been emceeing and hosting events since the 8th grade talent show. A graduate from the Theatre Arts program at University of Oregon, she’s emceed everything from charity auctions to the Museum of Popular Culture’s Myth and Magic Event. She has been lucky to host a plethora of Nerd-lesque shows, including: Lord of the Rings, Shakespeare, and Doctor Who. Rebecca has also hosted the Bechdel Test Burlesque for Geek Girl Con, as well as Guardians of the Sexy for Emerald City Comicon. In August 2016, her production company produced a Nerd-lesque show at the Edinburgh Free Fringe called -well, NERDLESQUE! When
you’re next in Seattle, catch her quarterly variety-talk show, The Stay Up Late Show!

Charhys Bailey  This spoken word artist, “has served marginalized communities throughout Western Washington as an artist, activist and community educator for going on fifteen years. I began organizing for racial and economic justice at seventeen, which galvanized my passion for grassroots organizing, community building and youth-centered, people of color led social justice movement building. Furthermore, I developed and facilitated anti-oppression trainings with youth advocates from various fields and most recently engaged in local and statewide advocacy to make schools safer for LGBTQ youth and youth of color in California through restorative justice.” Not to mention, a poet with a challenging and global language.